Sandy Hook Completely Exposed Within Days! One Of The More Obvious Hoaxes With PAper Trails To Follow & AWFUL ACTING!

﻿Sandy Hook Radio Show With Interactive Webpage To Follow Along Below!!!﻿

Sandy Hook Evidence For This Show

COMMENT WALL AT THE BOTTOM OF THE PAGE. FOR LIVE CHAT KEEP THE DOR PAGE OPEN! 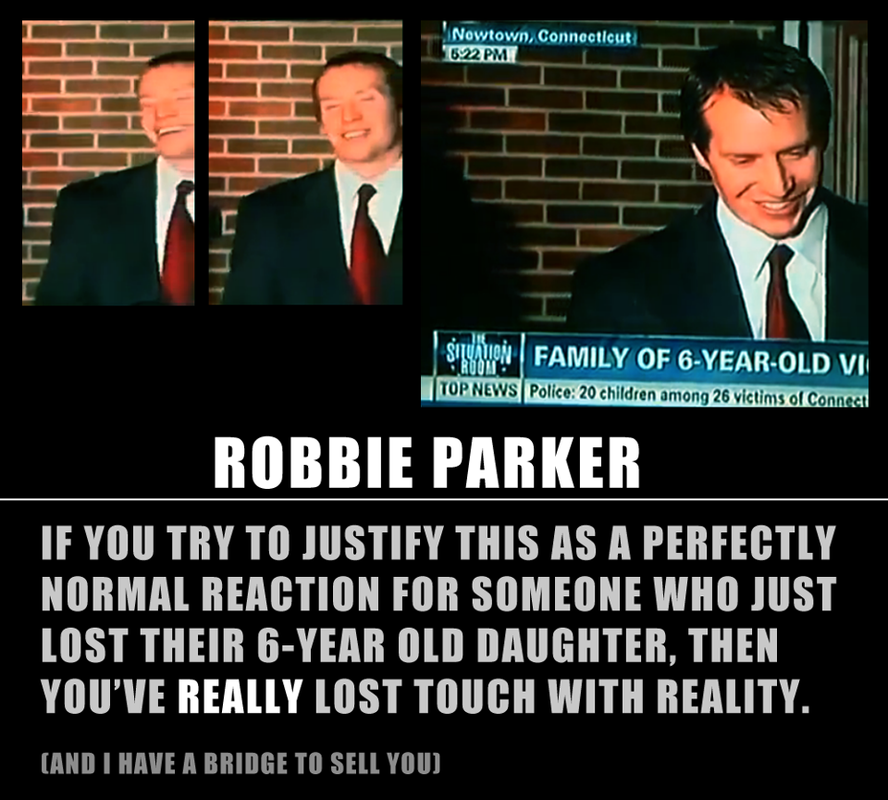 Now below is a picture of Robbie Parker with his family. The girl on the right is identified as Emily Parker. The one who "died" So just days later they had their pic taken with the president. Looks like they goofed because Emily Parker Is second from the right in the Obama picture!!!! I thought she was dead. Look closely if you like not only is it her(her cheek structure undeniably different than her sister's) SHE HAS THE SAME OUTFIT ON!!!! So unless she has an identical twin that we don't know about and the sicko parents took the outfit from their deceased kid's laundry and threw it on the hidden twin we have a serious problem here don't we??? This is the family of the same guy laughing before his press conference a day or two after his kid was "MURDERED"!!   But wait it get's even better with this family. While the school was still on lock-down there had already been a created Emily Parker Memorial Fund Page on Facebook, during the incident at the very latest. This can be verified by their own posts on the page. That is linked below.
Emily Parker Memorial Fund

Why was the Emily Parker Memorial Fund page setup

before the Sandy Hook Shooting Incident was even

finished. I guess that's not odd either. Same girl

who's "father" was Robbie Parker the guy who was

laughing the day after the Sandy Hook Shooting before

going on camera. I guess that's not odd eiher. Why do

even when some of the evidence is totally insulting??

So her memorial page was setup before she was

confirmed "killed" and her father is laughing and

smiling the day after. That makes sense. Here's the

the shooting and if you read their posts you will see

they created this before saying they don't know if

emily's safe yet. They are waiting for word. So they

Take a look. Then tell me again how crazy I am. Below

the link to her Facebook page I'll put the video of

her dad the next day and tell me how under any

circumstance you would act that way the day after

your little kid was gunned down. Tell me how you feel

about his behavoir in this video and the fact this

page was seetup before or during the situation. It

wasn't even known who was shot yet.
https://www.facebook.com/EmilieParkerFund

Screengrabs I took off the Emily Parker Fund Page in case they removed the page! Which I'm Glad I Did becuase It Seems They Deleted The Post Talking About Collecting Money While The School Was Still On Lock-down!! I have my own screengrabs below. 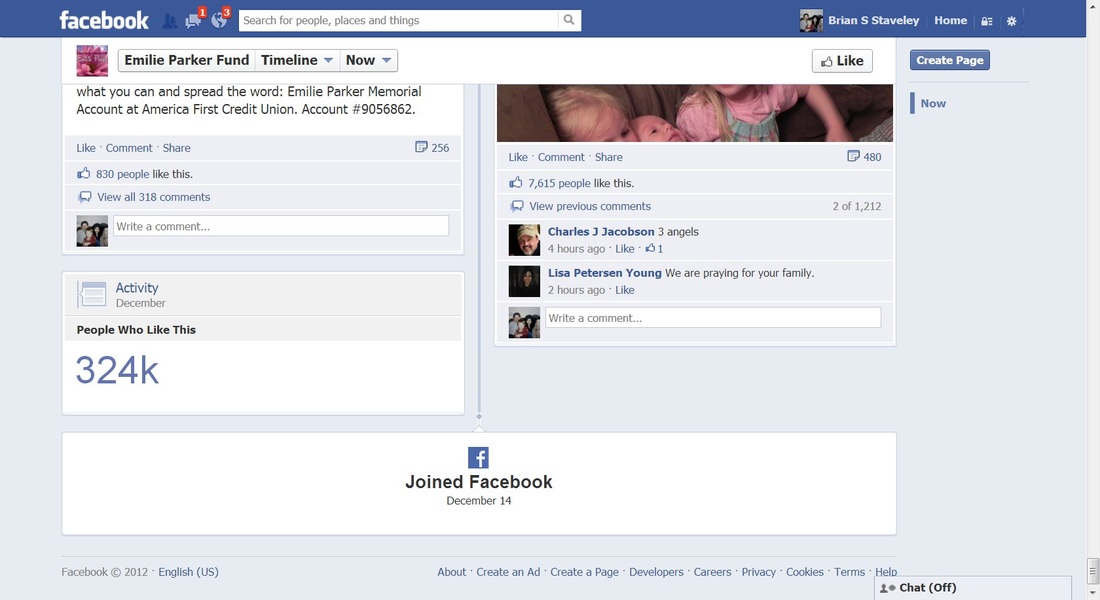 ﻿Not only were they worried about collecting money on the day she died, this was setup before the school was even done being locked down!!! It's admitted in their own posts on this page!!! Good thing I screen grabbed it cause they have deleted this particular post unless I just can't find it!! Read the post on the right! The School is on Lock-down but these people A. First they aren't sure of Emily yet B. They then two sentences later state she was a victim!!! And of course C. They Are setting up a memorial fund as the event is still unfolding.  Laughable.... Way to hold out hope if it was your kid. ﻿ 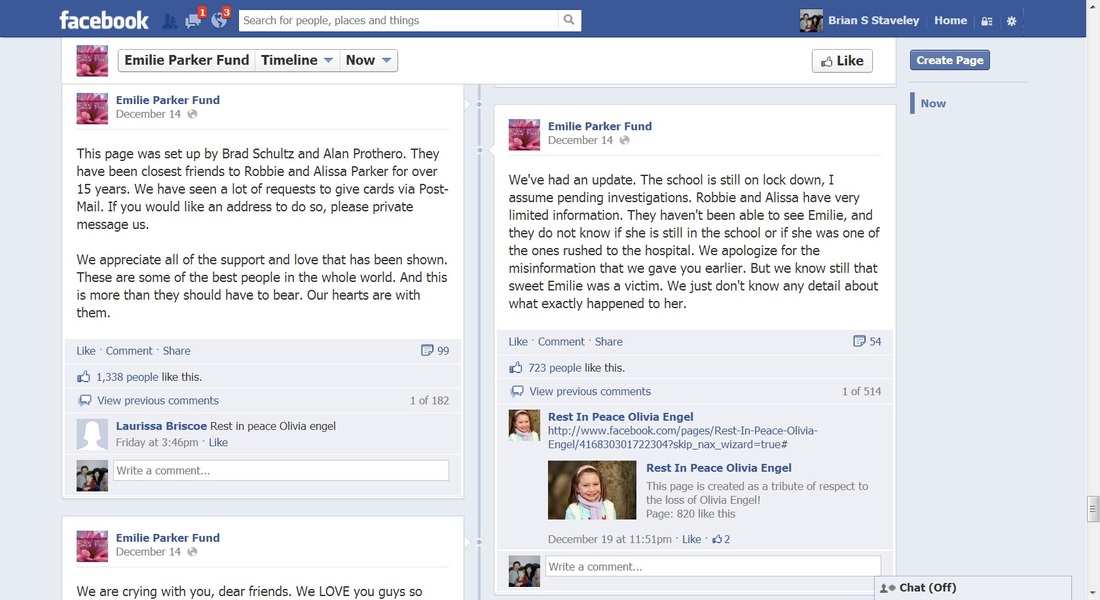 this total bullshit,  but c'mon this guy's kid was

just "murdered" a day before and he is laughing right

before he clearly tries to gain his composure then go

into his character. This guy IS AN ACTOR. I would

love to see someone explain to me under what

circumstances you would be laughing a day after your

kid was shot dead! Time to start really going thru

Bullshit. Robbie Parker the man laughing above is also the one with the daughter who has been resurrected! (can't miss a photo op with the President)

says when we did the drill and hid under the

tables!!! About 55 seconds in he says it. Then the

just like something you'd see in a movie" CLASSIC

Batman, etc... The kid even said they were doing a

drill hiding under tables!! Someone got a lil too

honest in front of the camera. Shame they would use

lil kids to tell their lies on TV.﻿

CLICK HERE FOR THE DOCTOR OZ INTERVIEW!!!
﻿Seems This video has been moved but we do play the audio of it during the show so please listen to the show don't just browse the evidence. Everything will open in separate windows. I will re download this video ASAP.
MOVING ON NOW!!﻿

Many More Interviews Of "Grieving Parents" posted below!

Here's a great one. They used a picture of a girl that is the daughter of a woman named Lily Gaubert. When she stepped forward to say that the girl depicted as deceased Allyson Wyatt was really her daughter and a picture she uploaded to the internet months ago all the media changed "Allyson's Photo" to a totally different girl. Below is the post from the frantic mother who saw her child potrayed as a victim along with the old "Allyson Wyatt and the new Allyson Wyatt!!

Here is the post allegedly from the mother of Lily

Gaubert who is incorrectly identified as Allison
Wyatt. http://instagram.com/p/TS1VEhSC_U/

If you cursor over the photo, the post from the

mother appears.
I find no MSM correction, and even more odd, I find

no parent of Allison objecting to having the wrong

photo posted of their daughter.

This is the first picture presented as Alisson Wyatt to the media!!! After the mom of the actual girl in this picture came forward the media changed all the pics of Wyatt to a new girl depicted below this picture!!! 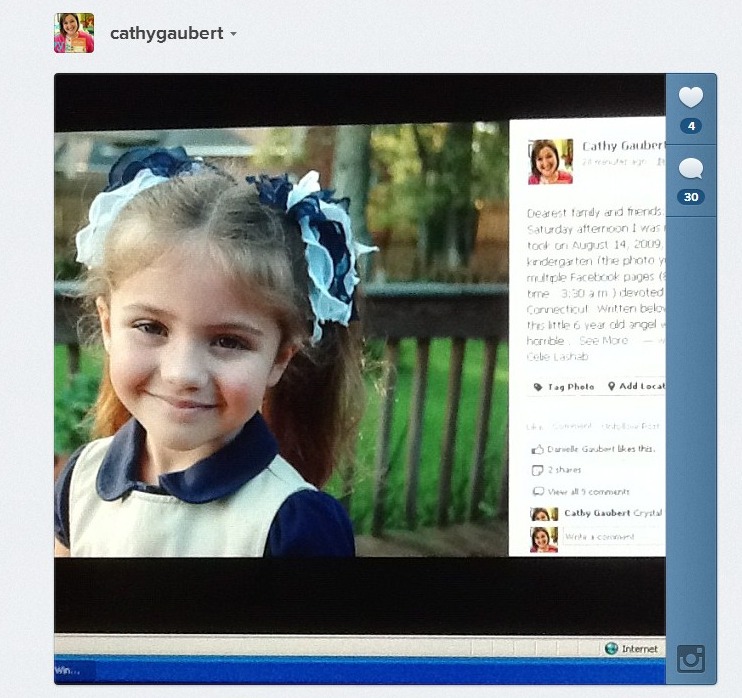 Will the REAL Allyson Wyatt Please Stand Up??? 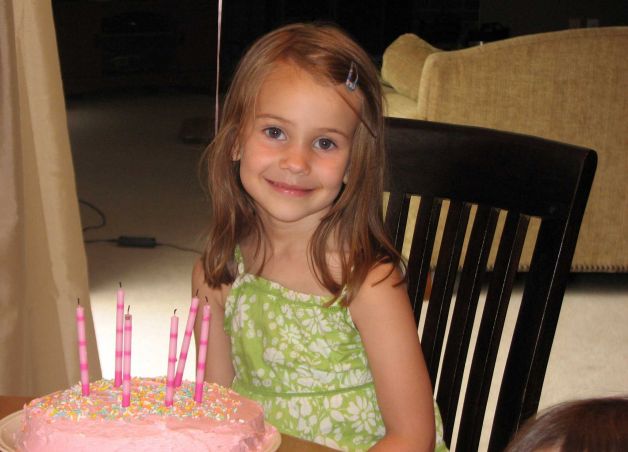 They also interviewed neighbors of "Wyatt" and during the interview even thought the picture of the wrong girl had been floating around in all the media for weeks the neighbor makes no mention that the girl in the photos is NOT their neighbor!!

Most of you have seen the Emily Parker Fund page above. I will now post videos showing Victoria Soto's RIP Page setup 4 days BEFORE the shooting. I have also Posted below videos depicting many webpages setup for Sandy Hook early, some as early as December 4th!!!!! The Incident was the 14th!! We spent time back tracking through google to verify we could pull the same screengrabs and published dates from Google as the people in these videos and we have screen grabs of it. I will post all these videos below. Even The United Way Foundation Started A Page On The 11th!!! You'll also see just from page one of a backtracked Google search there were tons of article's talking about the shooting all BEFORE the 14th of December 2012!!!

Victoria Soto RIP Page Setup On The 10th Of December 2012

We went back through Google to verify the above pages were indeed published to Google PRIOR to the event. Not only did we find it but we found pages full of sites and memorial PREDATED before December 14th 2012. Look Below. Thanks For Everyone That Helped Out On This!!
Under this screen grab is an in depth explanation how Google Works these type of results 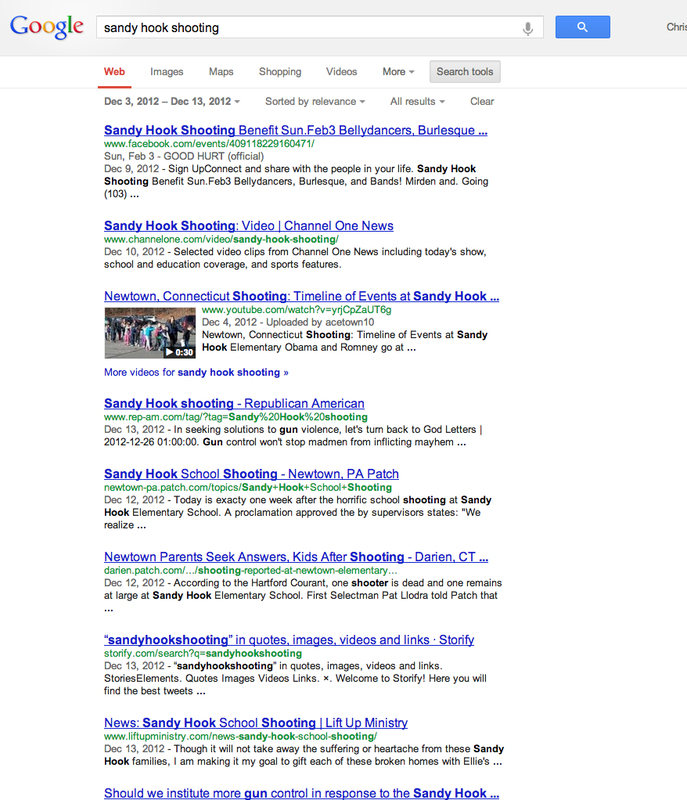 For the skeptics that say "Do you even know how Google Works?"  Here you go. All explained in this article. http://www.labnol.org/internet/search/find-publishing-date-of-web-pages/8410/

After you READ the above article check out this video. Still think these pages weren't made prior??

Now What Are All These People So Happy About?? Oh That's right their children around 6 years old were all just unexpectedly murdered in a school massacre. People really hide their emotion well.... 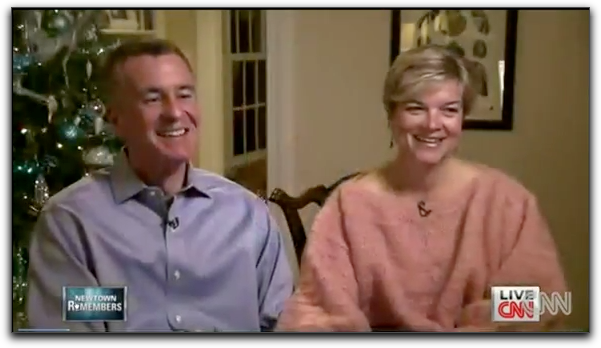 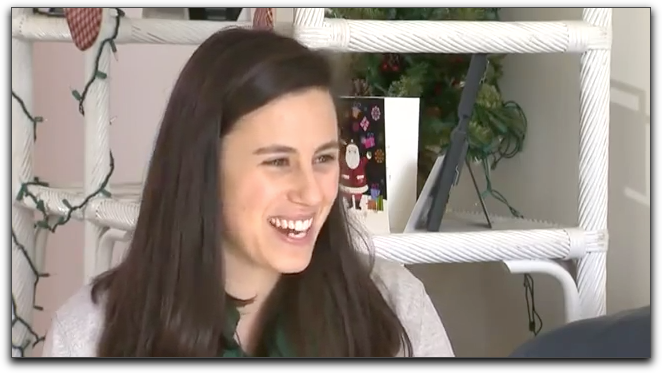 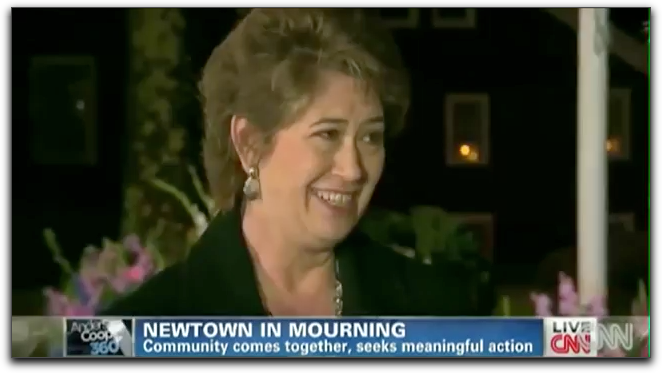 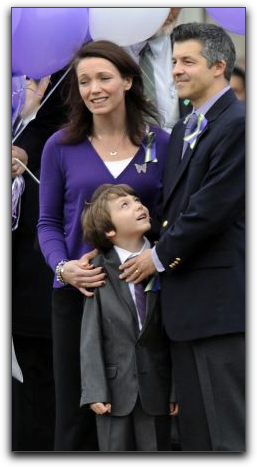 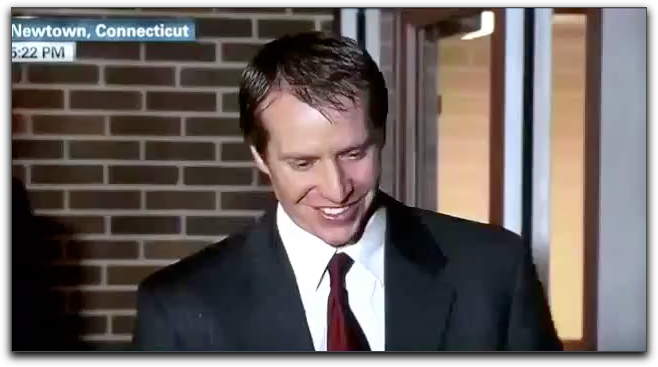 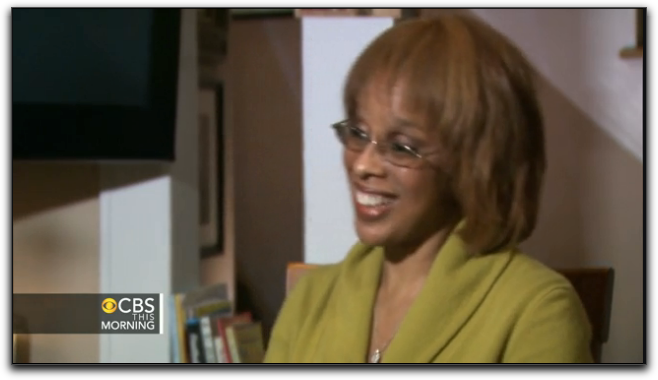 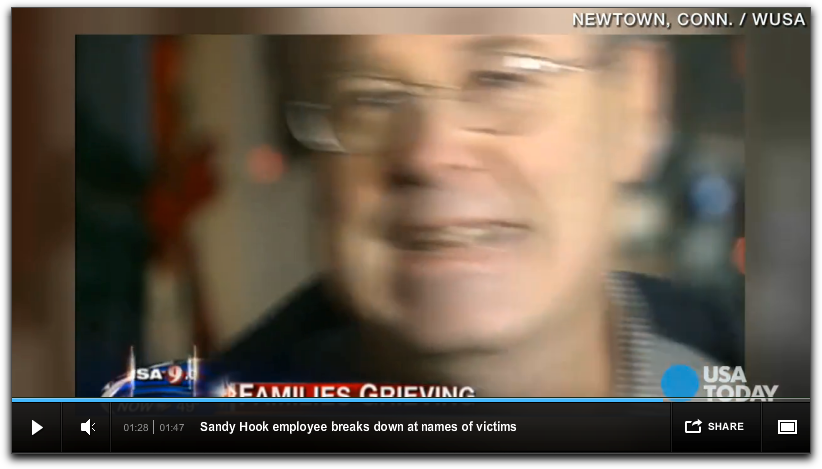 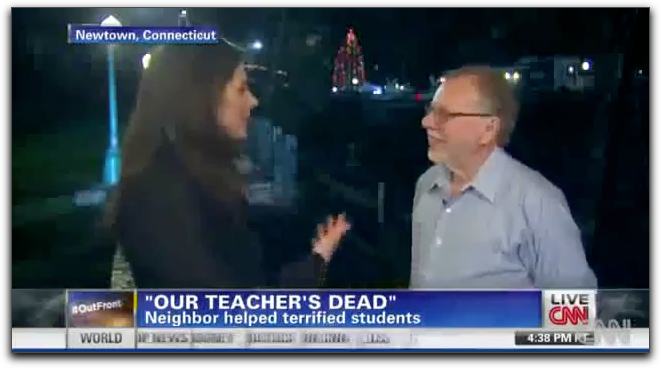 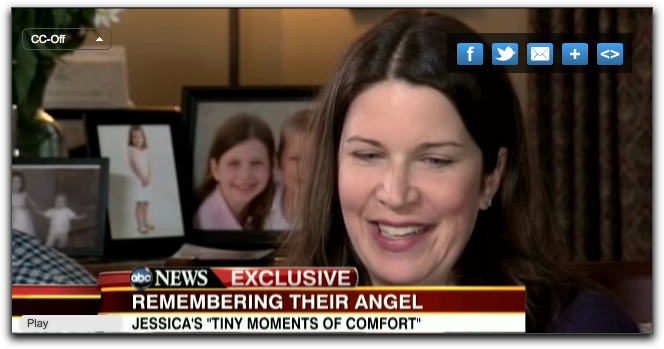 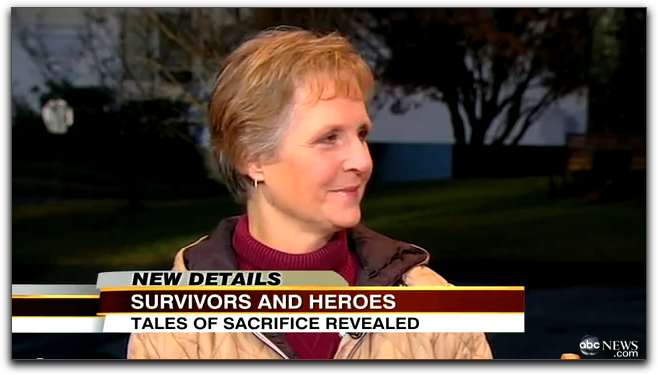 I GUESS YOUR KID BEING KILLED IS NO LONGER AN EMOTIONAL EVENT! Either that or parents don't cry with tears anymore. I bet 90 percent of Americans seeing this story on TV cried!

GENE ROSEN The Man's House The Bus Driver And The School Just Decided To Stop At To Mourn Victorio Soto Their "Teacher" The Same Teacher who's RIP MEMORIAL page was setup four day's BEFORE the "SHOOTING". No Tears Just Like The Rest Of Em. He Tries To Cry But Again No Tears!! Horrible Acting On This Terrible Hoax!

So After All this are we to believe this Medical Examiner is telling the truth? Something is very fishy Here!!!

Here's a GREAT ARTICLE on some of the ridiculous inconsistencies of the story!!! Click Here!

They say he was like a loner and a computer geek, Funny he has virtually no online footprint. In this day and age that is just unheard of. Everyone and the mother has profiles everywhere. Shit they even have Memorial Funds For "Victims" BEFORE the situation is even over!!
ALL COINCIDENCE SOME WOULD SAY!!! LMAO WE LAUGH AT THEM!!!

BLAME AN AUTISTIC KID WHY DON'T YOU. 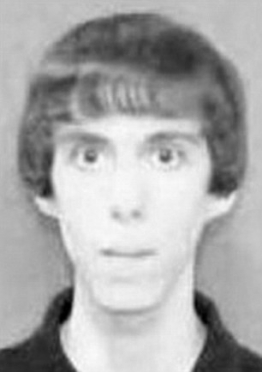 CBS Had All the parents contact information to let them all know the school was on lockdown?? They sent the parents text messages?????

Sandy Hook is not a common name. It's not like downtown or the Highlands. Gotham in The New Batman Movie is based on a FICTIONAL New York. What a coincidence this summer's biggest movie the same movie that on opening night another "shooting" happened has a map with Sandy Hook written on it and it's labeled as STRIKE ZONE 1 !!!  Here is a clear screen grab of it
You can find this clip at about the 1:58 mark of the movie. I've watched it six times. It's in there. 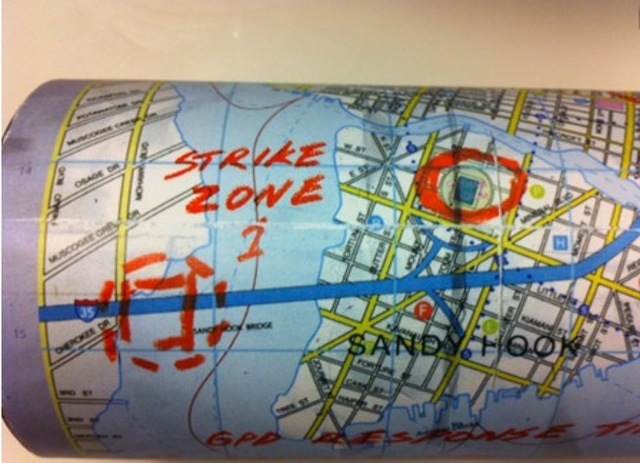 Add Comments For Sandy Hook Only Below On This Comment Wall